Responsible for this content
Outdooractive Premium Verified partner  Explorers Choice
moderate
Distance 35.9 km
Duration24:00 h
Ascent3,472 m
Descent4,283 m
Highest point2,954 m
Lowest point1,179 m
Four days through the Brenta Mountains: The Bocchette trail in the Dolomites is one of the most famous via ferrata classics in Europe. The marvellous path leads through the breathtaking mountain scenery of the Brenta and takes you to some great refugios to spend the nights.

The Via Bocchette is one of the best via ferrata-routes in Europe and is regarded as an absolute classic of the Alps by experienced mountaineers. The trail was already opened in the 1930s but still guarantees a superlative climbing adventure for any avid Ferratista. On the four-day tour across the Brenta, the route leads in an altitude of more than 3000 meters. Over narrow ledges, along yawning chasms, jagged rock faces and ladders at the Grostè pass through the Brenta to the south and back to Madonna di Campiglio. Between the Rifugios it applies to climbing technically demanding sections, to enjoy breathtaking vistas and spectacular views, to cross numerous nicks and climb to the summit. Although individual stages of the path can also be done as day trips, whoever has the time, should enjoy this alpine classic in its full length.

Unlock all features with Pro+
With Pro+ you gain access to the route's details, including directions, pictures, the GPS track and other valuable information.
Already unlocked? Sign in
PremiumPremium content Premium routes are provided by professional authors or publishers.
Publisher Outdooractive Premium


We are a team of dedicated athletes, nature lovers and photographers. The outdoors is both our passion and our element and as a Pro+ user, we're inviting you to join us along the way. This channel aims to share our personal recommendations with you alongside everything you need to know about our trips.

Outdooractive's Premium Routes provide you with our highest quality content: accurate tracks, reliable descriptions and captivating imagery. All Premium Routes can be saved offline and their tracks downloaded.

Author Patrick Schmidt
The mountains are my favorite playground...

Julian Adolphs
September 13, 2020 · Community
Show more Show less
When did you do this route? September 08, 2020
Comment 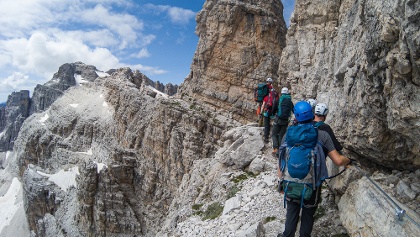 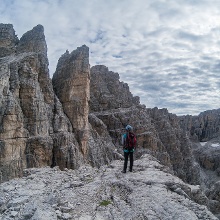 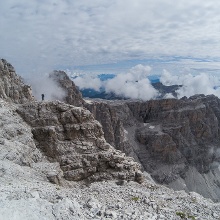 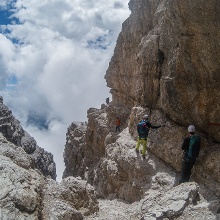