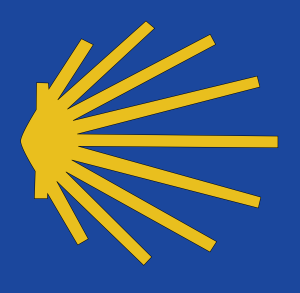 Responsible for this content
Pilgerwege Italien Verified partner
Gropello Cairoli Photo: Robi Müller, Pilgerwege Italien
am Ufer des Flusses Ticino Photo: Robi Müller, Pilgerwege Italien
schöne Wanderwege bei Pavia Photo: Robi Müller, Pilgerwege Italien
Add comment
difficult
Distance 26.1 km
Duration6:41 h
Ascent35 m
Descent43 m
Highest point96 m
Lowest point53 m
Today we will not only remain in the province of Pavia, but will get to its capital, the city of Pavia. Pavia is situated at the shore of the river Ticino, which originates in a Swiss canton with the same name. We crossed a forest the day before which is part of the area «Parco Lombardo Valle del Ticino». We will be hiking through this «Parco» to Pavia, but it´s not a park as we are used to. This park here consists of rice fields, unirrigated acres, forests, villages and even industrial zones. However, this area is in the valley of the Ticino river, so let´s get used to its name.
The first larger village today is Groppello Cairoli, where we can get food and beverages. We can do so as well in the next village with the soundful name of Villanova D´Ardenghi. After 16 km of hiking, we come to the River Ticino, along which we will now hike until we reach Pavia.
There we will coss the river on the «Ponte Coperto», a roofed bridge. The bridge had been built by Romans, and the roof has been added during the Middle Ages. During World War II, the bridge had been destroyed, and was rebuilt later in the same style, but twice as large as it used to be. One of the highlights of Pavia is the Basilika San Michele, but Pavia has much more to offer, so why not take a day off and enjoy sightseeing.

Note(s)
The «Via Francigena» is one of the 3 main christian pilgrimage trails of the Middle Ages, the main axis leading from Canterbury to Rome. This documentation currently covers the most frequented section from Lausanne to Rome.