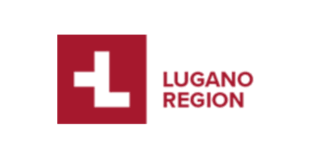 A regional itinerary for e-MTB lovers, which allows you to stay within your limits while still enjoying the excitement of the MTB. The route winds its way through the countryside around Lugano, offering spectacular views. There are several charging stations along the way.
moderate
Distance 230.8 km
Duration26:20 h
Ascent6,549 m
Descent6,601 m
Highest point1,673 m
Lowest point250 m
Itinerary that can be divided as preferred on several stages and that winds through the varied territory of Lugano, among woods and pastures, hills and mountains, from the lake to the rivers. Along the route there are, ideally located, various charging stations for e-MTB. In order to optimise effort and time to maximise the pleasure of pedalling in this magnificent territory.

Upon arrival in Ponte Tresa, with the FLP train, proceed by road to Monte Mondini. In Pura enter the woods as far as Curio, then through villages and vineyards descend to Madonna del Piano. Varied routes wind through Sessa, Astano and Novaggio, then up to Miglieglia, where the cable car departs for the summit of Monte Lema, giving an all-round view as far as the mountains of Canton Valais.

From Miglieglia you can reach the idyllic Maglio del Malcantone and between dirt roads and fields you arrive at Piano di Caroggio. From Arosio, between paved and dirt roads, pass through Alpe Agra and Cademario. Single-track and dirt roads lead to lake Caslano and the Agno estuary. Finally, following the Vedeggio river you come to Rivera, where you can climb the peak of Monte Tamaro or recover at the Splash & Spa.

From Rivera you climb towards Monte Ceneri on a circular cross-country route; between paved and dirt roads you reach Monti di Medeglia. Hard ground and single-track lead to Isone and Gola di Lago. At Alpe Davrosio proceed along a panoramic path, dirt road and single-track, until Alpe Piandanazzo, from where a dirt road leads to the Monte Bar alpine hut to enjoy the wonderful view.

From the alpine hut, Capanna Monte Bar along scenic, unpaved and paved roads, you reach Corticiasca and then, passing through the villages of the valley, come to Bogno. The dirt roads lead to the San Lucio pass and then to Pairolo. After crossing the woods in the direction of the scenic Roveraccio, proceed to Cadro, where a steep dirt road climb leads to Capanna Alpe Bolla.

A track in the woods leads to Brè village; go up to the panoramic peak and then down to Lugano, passing through Parco Ciani then follow the lake to Melide. Thereafter proceed to Alpe Vicania, Parco San Grato and the village of Carona. Towards Ciona you once again take a dirt road that leads to Morcote, one of the most beautiful villages in Switzerland, from where you can return to Lugano by boat.

Book recommendation by the author

Brochures and maps
All publications

Question from Sagi Arditi · March 08, 2021 · Community
Hello, Is mid-end April 2021 a good season for this track ? Will the road be open by then ? Can this track be done with regular mountain bikes (not e-bike)? Many thanks Sagi
Show more Show less
Answer