Those interested in culture and history will get their money's worth in traditional cities such as Verona or Padua. For nature lovers, the spectrum ranges from the beaches of the Adriatic to Lake Garda up to the high alpine area, which in Veneto with the Dolomite summit Marmolada reaches its highest point at 3350 m above sea level.
Find out more
Outdooractive Editors  Verified partner
Author of this page

Places to eat & drink
Dog-friendly hiking
Great places to visit with the family
huts
webcams
Accessibility
Show more Show less
Veneto is a region of northern Italy, located precisely in the north-east of the country. Its northern borders are Trentino Alto Adige, Friuli Venezia Giulia and for a small part also Austria. Veneto faces the Adriatic Sea to the east, while it borders Lombardy to the west and Emilia Romagna to the south. The territory is largely flat, becoming sinuous and then mountainous in the area coinciding with the Alps to the north and north-west. Obviously, worthy of note are Lake Garda, which partially defines the border with Lombardy, and the marshy areas of the Po Delta and the Venice Lagoon. Venice alone makes the region one of the most visited in Europe and in the world, but Veneto is not only "La Serenissima", it is a place to discover, which surprises with the beauty of its Euganean and Berici hills, the Asiago plateau and the alpine areas with peaks such as the Marmolada (3343 m). Culturally, Veneto is rich in value, and without mentioning Venice, historic centers such as Padua, Treviso, the fortified medieval city of Cittadella and the romantic Verona are definitely worth a visit. This cultural and historical heritage joins a unique gastronomic offer, capable of making visitors falling in love with wine tastings such as the famous Prosecco and typical dishes that reflect the traditions of the place.

At the end of November, Veneto's ski areas open their doors to winter sports enthusiasts and guarantee moments of pure fun and breathtaking views of snow-capped peaks. Veneto is home to four areas belonging to the largest ski area in Europe: those of Cortina d'Ampezzo, Civetta, Arabba/Marmolada and Passo Pellegrino - Falcade. In these four areas, lovers of alpine, cross-country, freeride, ski mountaineering and snowboarding will find hundreds of kilometers of slopes, numerous ski lifts and trails in the middle of the woods or on snow-covered mountain peaks.

A not-to-be-missed adventure for experienced skiers is that of the Sellaronda carousel, the circuit of the Sella Group, which allows you to touch four valleys between Trentino-Alto Adige and Veneto - Alta Badia, Val Gardena, Val di Fassa and Arabba - without ever taking off your skis.

It is also possible to ski in other areas of the Veneto region, for example on Monte Baldo, where it is possible to ski and snowboard with a splendid view of Lake Garda, in Lessinia and on the Asiago Plateau (the latter is one of the few areas where cross-country skiing is more popular than alpine skiing!). Fans of ski mountaineering and snowshoeing will also find the Asiago Plateau an ideal place to practice their favorite activity. Another spectacular place to explore on foot, skis or snowshoes is the Serrai di Sottoguda Gorge, a canyon about 2 km long carved by the Pettorina stream. Its frozen waterfalls are also an exciting draw for ice climbers. Young and old can enjoy adrenaline-filled sledding or bobsledding in the Cortina d'Ampezzo area or ice skating on Lake Misurina. 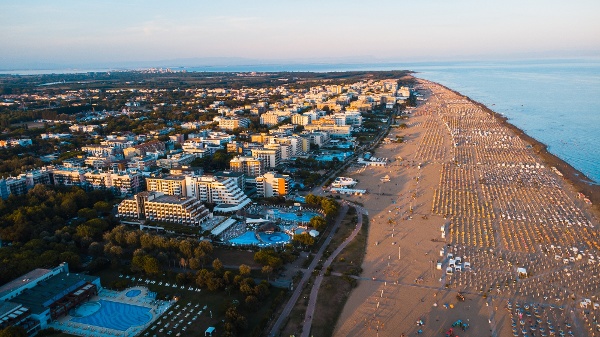 The magical atmosphere of this land through cities of art, agricultural villages and the pleasures of good food.

The Land of Venice 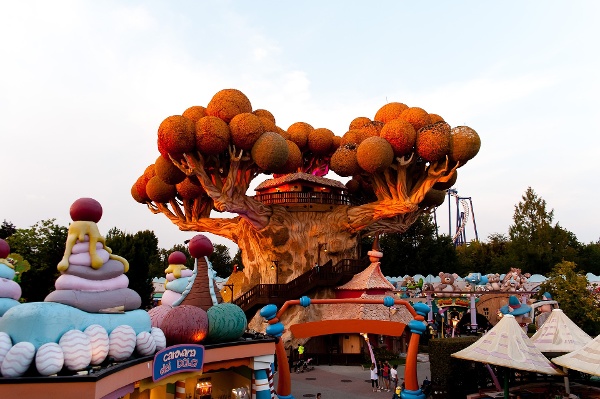